I've known Molly, the person behind the Credit Union Cherry Blossom 10-Mile Run (well, the person behind their social media accounts!) for a few years now (thanks for reminding me of when we met over lunch, Timehop!). So when she wrote me a few weeks ago and asked if I wanted to serve as a Race Ambassador for the CUCB, I was more than a little happy.  But, I also experienced a slight feeling best described as, "A lactose intolerant guy eats a pint of ice cream."

This turn of events would sink in after a day or two to process it, I'm sure.

I'm not exactly sure HOW to be an ambassador, but I feel pretty strongly that I should get certain . . . benefits.

Presumably as an ambassador, I get some kind of diplomatic immunity from stomping on anyone who calls me a "jogger." https://t.co/VdgHiDCQ0d
— Tai Fung (@tai_fung) January 19, 2016


If you're in the Northeast US, or Mid-Atlantic, then like me, you've spent much of the past week hiding from the cold and snow.  Here in DC, we reacted to #Snowzilla with our customary coolness under fire.

Actually, we reacted to #Snowzilla with our customary coolness under fire (just picture a ballroom of cats given enough catnip to power several zip codes’ worth of Christmas lights, and then setting a herd of Roombas upon them.  Did I mention the ballroom was on the Titanic?).  I had been in the middle of a month long plank-a-day challenge with my office litigation team when the snow hit, and almost immediately my healthy living this month took a fairly direct hit.

But this ought to be a reminder to CUCB runners -- you're not alone.  EVERYBODY has a rough month here and there.  Here are three things you can do to get yourself restarted for February:

Set ridiculously low goals.  Not kidding.  Reset your goals to pathetically easy levels.  Running 20 miles a week?  Try and reach FIVE miles.  Running typically 4-5 miles on an easy run?  Go out and promise yourself no more than TWO.  Allow yourself the luxury to turn back early.  At this point you're just trying to get the muscles to move again.  To think like a runner.  To get your lungs and heart used to the work.

After a break in training, your brain will be build up running to be a daunting task.

This is, in essence, a defense mechanism to keep you from OVERtraining too early, and trying to bite off too much after a break.  Go with that.  The mileage will come back.

Eat just a LITTLE bit better.  Just a touch.  Bring lunch from home TWO days next week.  Have a salad at lunch if you go out.  Just wean yourself off the carbs, and the bags upon bags of snacks.  I realize, of course, this is not Earth-shattering insight.

But really -- getting back on track HAS to be about small, incremental steps.  Bringing your lunch two days next week, or just getting salad when you go out isn't a HUGE thing, but it's SOMEthing.

For instance, you might want to get a massage.  On a recent visit, I asked my massage therapist to concentrate on my legs, particularly my hamstrings, so I wasn't super prepared when she went a little north of Hamstring-ville, up to Booty Island.  I reacted with about the same even keeled nature of any DC resident.  In a snowstorm.


Just take those three steps.  Make them as small as you can.  Err on the conservative side, while still doing SOMETHING.  I wish you all the best as the weather warms, and I urge you not to lose focus, or think your Jenga tower is shot just because of some snow.

You'll be back, and you'll be rockin.

During the DC #Snowzilla shutdown, I finished a bunch of draft race reports using the notes I made shortly after each race.  I'm not a "fast blogger," i.e., someone firing off entries multiple times per week.

It's going to be too spammy and/or cumbersome to upload each report, so this post is a quick Table of Contents to them.  If you want to read them all, I'd love that.  But, in case you don't, I've included a short link and synopsis of each race, so you can see what's what.

I'm cool like that.  But each race report has some cute pictures, so maybe peek at them?  Plus, quite a few race reports involve cameos by various Twitter celebs (aw, go on, you're TOTALLY a Twitter celeb, admit it!).  Maybe you're in one?

GW Parkway Classic 10 Miler:  I ran this race a week after doing a 50K.  That was unwise.  But it was more like a warmup to hanging in a beer garden with some great people.  Photos!  Beer!

Endless Summer 6-Hour:  Who would NOT want to be out in a sunny park running a 4.1 mile loop for 6 hours?  What if, during that run, you discovered your hydration pack was empty!?

2015 Marine Corps Marathon:  My 6th running of the MCM, and a bit of a different type blahg post for me.  Still sucky, but . . . different.  Lots of cameos, though!

Rosaryville Veterans Day 50K:  My final race of the season, a 50K PR, with a lot of soul searching and gut checking (the second part of that was quite easy, if you've seen my gut).

Ok, there you go, the links to my 2015 race reports.  If you're snowed in, why telework?  Have fun and take a few minutes to read my drivel instead.
Posted by Tai_Fung at Tuesday, January 26, 2016 No comments:

I don't know what it says about me that I'm publishing my word of the year for 2016 actually IN January (as opposed to, say, my typical blogging schedule, which would result in this post going up in April). But I knew what the word would be, from the second I thought of the topic for this post.

If it doesn't happen, then that's just typical Tai Life(tm), taking change and making, um, nothing.


What that means for future races in 2016 is this:

A)  Temporary hold on any triathlons (I'd been planning on at least 2 Sprints, and possibly an Oly).

B)  Minimal race plans, barring a few I couldn't avoid because of prior commitments.

C)  Trying to ramp up training without know what I'm training FOR.  I mean, I know a LITTLE bit of what my race schedule will look like in 2016.  But not a by a lot.  And pretty much for only ONE month:


So far, 2016 race plans include:
*indicates I've already signed up!  I'm not SURE I want to do the 50K 6 days after running 10 miles, but I don't think it will be that onerous, barring injury.  The North Face race is quite a hilly trail course, so I'd have to be careful and much slower regardless.  The Lawyers Have Heart thing is something from my work, where I got roped into being the captain of a team, and we're turning it into a reason to have brunch/mimosas afterwards.

But -- no longer fall distance races yet.  That will come.  I might take advantage of the JFK 50-Miler's easier qualifying standards and run it this year, but I need to think about that.  I can't make plans too far in the future.  Yet.

Because change is on the horizon. 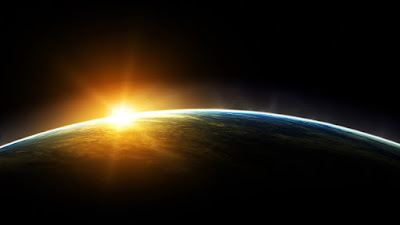