Fine.  I'll admit it.  I'm not a huge fan of the #RunChat thing.  I don't like that they encourage people to reply publicly to their questions (as opposed to doing the less-public method of replying just TO them "@runchat A1: Yada Yada #runchat") -- my preferred way seems less spammy, and people who follow both me AND @runchat will see my answer anyway.  I've seen them request that people not do that, but screw that, I won't spam/advertise for them.

Welcome to #PITAchat folks! Make sure you answer all #PITAchat questions using the hashtag #PITAchat because otherwise you might not see all the other cool answers involving #PITAchat and then you'd miss out on more people who also use #PITAchat in the course of their #PITAchat!  #PITAchat

Q1:  Are you currently experiencing an inexplicable Pain In The Ass?  #PITAchat

A1:  Yep.  Almost immediately after finishing the North Face 50K, I noticed that (1) I wasn't healing up from a race nearly as fast as I'm used to doing, and (2) there was an unusually strong PITA that would NOT go away.   #PITAchat

A2:  It's in my left glute, but can sometimes feel a little like it's in the side/hip area. It's definitely a shooting pain at times, and I feel it even when I'm not running, at least sometimes. It's like a knife under the muscle of a glute, but I almost wonder if it is rooted AROUND it.

Q3:  Did you immediately take time off and rest it like a normal person?

A3:  Ha ha! Don't be ridiculous. I of course ran on it a LOT! And then wondered why my training was going straight into the toilet!

Q4:  How long did you press through this pain?

A4:  The rest of April after my 50K mud-fest, then all of May. I then took a little bit of time off in mid-June.  I tried running the next day after the Lawyers Have Heart 10K, and ended up having to walk back most of the way because the pain was so strong.

A5:  Took off a TON of time in July, and slowly eased my way back into running.

A6:  Like 2 mile runs slowly. While carrying my phone, which I would NEVER do, but hey, if I was going to run THAT little, and THAT slow, I was going to catch Pokemon on the Mall.


Q7:  Did you ever figure out what was wrong?

A7:  What WAS wrong? Nope. Nor what IS wrong. It still kinda hurts, but not as much. I'm trying to do stretches, foam roll, and my personal weight trainer has been working with me on it. It's a long road back. Anyway, did I mention I like to play Pokemon Go? 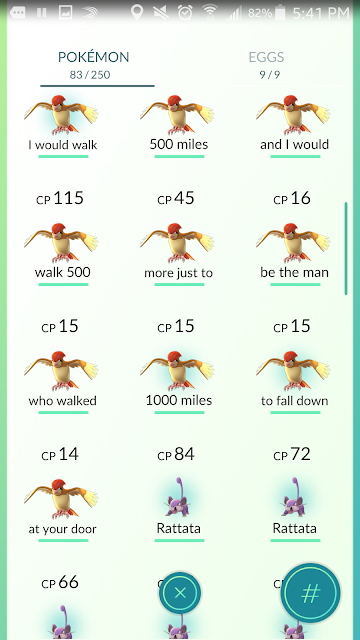 Q8:  So will the Lawyers Have Heart 10K end up being your farewell to DC racing as a local?

Q9:  Why did you stop using #PITAchat in all your answers after Question 1?

A9:  For the same reason you stopped using them in the questions. 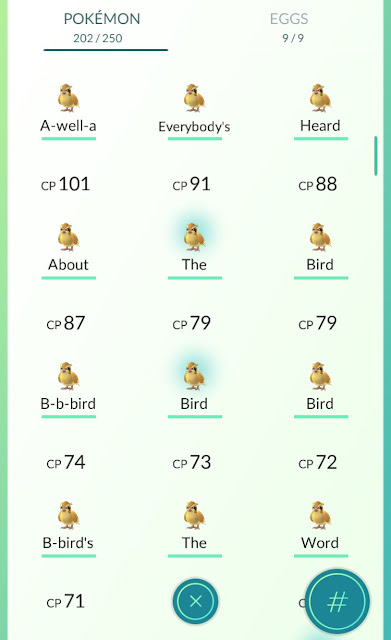 Q10:  It's time for a #PITAchat brag! What did you do that you're proud of lately?

A10:  Basically, I'm doing my best to Fix This. I have to if I'm going to run pain-free again.  I'm trying to stretch, heal, and be smart. So really, I'm trying to utterly break from what is my nature. I need to run long, and run again.